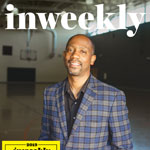 Who Can Make It Happen
By Rick Outzen

Pensacola loves lists. Since we created the inaugural Inweekly Power List on an Atlas Oyster House cocktail napkin in June 2007, readers have looked forward to seeing who are the most influential people in the greater Pensacola area.

We admit it takes more than a little hubris to actually rank business owners, developers, corporate heads, attorneys, doctors, educators and community leaders, but that’s the fun part of this endeavor. Until the Inweekly Power List, no one had ever dared to sort people based on their ability to get things done.

When we published the 2007 Power List under the title, “Who’s the Man?,” Fred Levin, of course, topped the list, followed by Judge Lacey Collier, Ted Ciano, Jim Reeves, Lewis Bear Jr. and 45 other men and women. Published without fanfare, we had no idea how the issue would be received.

Within hours of the paper hitting the newsstands, our phones began ringing.  Some appreciated being on the list; others were upset they had been omitted. From the reactions, we knew that we had a hit and had created a new Inweekly tradition.

Over the past 12 years, the list has grown to 100 people. We seek input from the community and bounce around various names for consideration. The screening process takes weeks as people are moved up and down the list as we get closer to the publication date.

This year, we had several openings as many major businesses were sold and several companies changed their leadership teams. The 2019 Power List has 16 new names, including a few in the top 25.

Needless to say, the Power List has grown beyond the cocktail napkin and has become much harder to rank. The degrees of separation are slight, which makes the issue fun to write and debate.

We hope you enjoy reading the 2019 Inweekly Power List.

Lumon May Gives Back
Top 25
The List
Hall of Fame