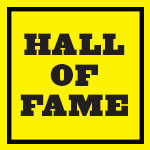 Once you’re named the most influential, you deserve a special place. Lumon May will join this group of movers and shakers who have each earned the number one spot on the Inweekly Power List over the past dozen years.

Fred Levin (2007)
The flamboyant Pensacola trial attorney helped rewrite legislation in 1993 that led to a $13.2 billion settlement by the tobacco industry with the state of Florida. Levin received the Perry Nichols Award in 1994, which is the highest honor bestowed by the Academy of Florida Trial Lawyers. In 2009, Levin was inducted into the National Trial Lawyer Hall of Fame. In 2017, he gave $100,000 to support UWF football as well as $550,000 to establish the Reubin O’D. Askew Institute for Multidisciplinary Studies.

Quote: “We’ve got to continue with the growth that we’re having downtown, but we’ve got to do it in a way that 100 years from now people will be talking about how great it is.”

Lewis Bear, Jr. (2009)
The president and CEO of the Lewis Bear Company, a wholesale beer distributorship that his great-grandfather founded in 1876, Bear has devoted countless hours to the University of West Florida Board of Trustees, which he has chaired, and UWF Foundation Board of Directors. This month, the Bear Family Foundation announced a $1.75 million donation to The Studer Family Children’s Hospital at Sacred Heart. Sacred Heart’s oncology unit at the new hospital will be named the Bear Family Foundation Pediatric Oncology Center for Hope.

Quote: “Whether they have been here all their lives or moved here, we have people who are committed to making this a better place to live. When I get committed to something, I can be pretty stubborn.”

Quint Studer (2010)
The founder of Studer Group championed the Maritime Park. Southtowne, his $50 million apartment project, has been transformative and is across the street from the new $16 million Bear Levin Studer Family YMCA and his mixed-use office building that houses the Clark Partington law firm. With the help of the News Journal, Studer has launched CivicCon and the Center of Civic Engagement, which will be housed in the Studer Community Institute on Garden Street.

Quote: “You have a minority of people in the community, about 25 percent, that would be against anything. You have to be comfortable being uncomfortable.”

Ashton Hayward (2011)
In 2010, the Pensacola native was elected mayor of Pensacola. Hayward oversaw the completion of the Community Maritime Park and Admiral Mason Park. He built the Theophalis May Resource Center and Woodland Heights Resource Center. In 2014, the mayor signed an agreement with VT MAE to establish a facility at the airport that opened last year. Since leaving office, he has been named the president of the Andrews Institute Research & Education Foundation.

Quote: “My power is to be able to reach out to the citizens of Pensacola and see how I can make their quality of life better, build our infrastructure better, to make sure we’re looking at every detail of our city—whether it’s our enterprises, downtown or neighborhoods.”

Dr. Judy Bense (2012)
The founder of the UWF program of Anthropology/Archaeology became the fifth president of the University of West Florida in July 2008, after serving the university for 28 years. In December 2017, she stepped down as president but has stayed connected to the institution. The University of West Florida board of trustees cemented her legacy by naming her president emeritus. In 2017, the Greater Pensacola Chamber awarded Bense its Pioneer award for her contributions to the community.

Quote: “I’d always had the ‘Lucille Ball’ approach to life—don’t mess with success; stick with what you’re good at.”

David Morgan (2013)
His defeat of a well-financed, two-term incumbent in 2008 is considered one of the biggest upsets in Escambia County politics. And many of the good old boys have never forgiven him but failed to defeat him during the re-election campaigns of 2012 and 2016. His decisive leadership, especially with 2009 Billings murders and the 2010 BP Oil Spill, has earned Morgan the reputation for being one of the top sheriffs in Florida.

Quote: “It’s important you stay grounded and never forget what got you where you are.”

Mike Papantonio (2014)
Considered the nation’s top trial attorney, Pensacola’s Renaissance man is a regular commentator on the news networks and an author and musician. He has been awarded the Perry Nichols Award, Defender of Justice Award by the American Association for Justice, Temple University Beasley School of Law’s Award for Social Justice and the Compassionate Gladiator Award from the Florida Justice Association. He also was featured in the award-winning documentary “The Devil We Know,” highlighting the dangers of DuPont’s man-made chemical C8. His third legal thriller, “Law & Addiction,” debuts in April.

Quote: “When I think about everything that I have spent my time doing and drill right down to why–it’s out of conviction.”

Stan Connally (2015)
The President and CEO of Gulf Power Company worked up the ladder of Southern Company with steps at all its subsidiaries. He served as chairman of the Board of Directors of the Florida Chamber of Commerce and on the boards of Achieve Escambia, Capital City Bank Group, Florida Council of 100 and Enterprise Florida. Before Gulf Power’s sale to NextEra Energy, he was named the executive vice president of operations for Southern Company.

Quote: “I’ve been on the record and very public talking about an outcome from good economic development must be diversifying our economy. By that, I mean increasing the impact of the innovation space.”

Bentina Terry (2016)
In 2017, we lost Terry when she was promoted to be the senior vice president of the Metro Atlanta Region for Georgia Power. However, her decade of living in Pensacola had a profound impact on this community. She was the highest-ranking black woman at Gulf Power and served on the boards of the Community Maritime Park Associates and the University of West Florida boards. She also worked to make the multicultural Voices of Pensacola a reality.

Quote: “We need to start a whole effort from cradle to career. We’ll never grow as a community unless we improve the quality of our education.”

Rishy Studer (2017)
She has created and runs five businesses as part of the Bodacious Shops that sparked vibrancy in Pensacola’s downtown. Studer leases space to nearly a dozen companies at the corner of Palafox and Main Streets. She revived a historic corner in the heart of the Belmont-DeVilliers community with Five Sisters Blues Café. She’s the one who drives the decisions and writes the checks for numerous nonprofits she and her husband support in her adopted hometown.

James J. Reeves (2018)
The veteran politician, banker, attorney, developer and entrepreneur has left a considerable mark on his hometown. He was elected to the Florida House and Pensacola City Council. He sponsored the bill that created the Historic Pensacola Preservation Board, which has evolved into the UWF Historic Trust. Reeves chartered two federal savings and loans, three banks and one bank that he took over, Liberty Bank, which became Hancock-Whitney Bank. On Pensacola Beach, the Reeves built the Tiki Motel, Howard Johnson Inn and the Mai Kai Motel, home to the Sandshaker Lounge. In the late 1990s, he partnered with his daughter, architect Michelle MacNeil, to create well-built, low-income housing in Pensacola.

Quote: “Nobody admits this, but the reason to charter a bank is like somebody said, ‘Why do you rob banks?’ And I said, “Well, that’s where the money is.'”